Audi has announced that more models will now come with what it calls the ‘Audi connect SIM’ as standard. This allows occupants to access 4G wi-fi across Europe for a standard flat rate per year, with up to eight devices being capable of connecting to the network.

The service will be extended to the Audi A3, the new A4, the upcoming Q2. It’s been developed with Irish communications company Cubic Telecom and is said to offer download speeds of up to 100 megabytes per second.

However, the SIM is not just for connecting your handheld devices (data for which will be charged at an additional rate).... more

Britain’s car makers have banded together to lobby for a ‘Remain’ vote in Thursday’s EU referendum, where the UK will vote to quit or stick in the European Union.

The Society of Motor Manufacturers and Traders, which represents the car industry in the UK, reckons that 77% of its members favour remaining in the EU. Only 9% said that leaving would be best.

The sector is often quoted as a beacon of hope in a see-sawing economy - proof that Britain can manufacture on a global scale. It employs 800,000 jobs across the UK and contributes £15.5 billion to the country's coffers every year.

Around 80% of cars built in Britain are exported - and nearly 60% of those are sold... more

Department for Transport sets up fund to increase number of hydrogen cars on UK roads. In an effort to make the majority of cars on UK roads emission-free by the year 2050, the Department for Transport has this week announced the formation of a £2 million fund to encourage hydrogen fuel-cell car sales. Called the Fuel Cell Electric Vehicle Fleet Support Scheme, it will allow local authorities, health trusts, police forces, fire brigades and private companies to bid for funding to add hydrogen cars to their fleets. The scheme aims to triple the number of hydrogen cars on the UK’s roads to 100 by spring 2017. At the moment, there are only two hydrogen cars on sale in the UK – the Toyota... more 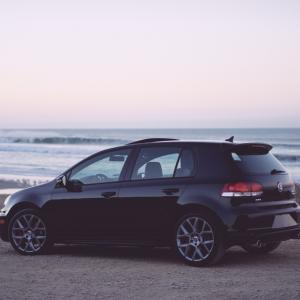 Owners of Volkswagen Golfs with the EA189 2.0-litre TDI BlueMotion engine will shortly receive a letter asking them to make an appointment with their nearest dealer so that a “technical solution” can be implemented to “remedy defects”.

Amid concern that a fix for engines implicated in the scandal could negatively affect their performance and/or fuel economy, Volkswagen has assured owners that the work to be carried out in this case “does not result in any changes to the fuel consumption levels, performance data or noise emissions”.

The recall announced will affect 15,000 owners across Europe, but more Golf models will subsequently be recalled, along with other cars in the... more 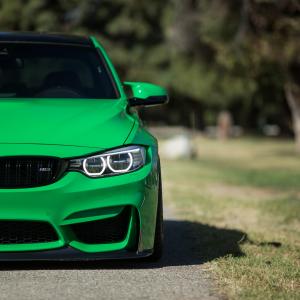 Nissan points towards electric future (May 2016)

Nissan has teamed up with multinational power company Enel to trial V2G technology in the UK for the first time. It’s set to be rolled out to 100 owners of Nissan electric vehicles across the country.
The setup allows EV owners to sell electricity that’s lying dormant in their car’s batteries back into the national grid at a profit. This means you can make money from electricity you’ve bought, but are not using. When you need to charge your vehicle, Enel’s V2G two-way charging box will allow you to... more